DER TOD UND DAS MÄDCHEN started out in 2009 finally presenting their debut now. The album d-Moll is a musical anthology of long forgotten lyricists, longing back to the death of Goethe. The elegies all evolvoing from the 19th century reveal the sadness and the pain of the loss of close relatives. Melancholy and transience, deathwish and madness, dream and reality cristalize themselves out of these thoughts and build the centre of d-Moll. The area of romanticism, especially the so called black romanticism, focusses around these motives that are now being displayed by the album. Inspired by componists of the romantic times the extict poetry is based on the dark and melancholic tunes of a piano, Du Verwaistes Haus, based on a composition by Carl Philipp Emanuel Bach, being the only exception, standing out as an example for the decline of that classical epoch from it’s instrumental basis. C.P.E. Bach was regarded to be the umbral composer even during his lifetime by the veracuty of his father. The closing words by the German imperator Wilhelm II. from 1904 build the end of the album, questioning the human arrogance with his words ‚the world is so big und we are so small, how come that we expect to circle everything around us. (Lichterklang) LK007 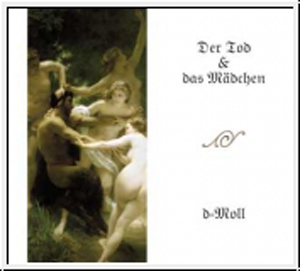