Cyclotimia is most probably the only project in the world which has chosen the creation of a soundtrack to „globalisation“ and life of the „consumer society“ as their concept. The project members more than anyone else are immersed into the magic of finance and probably therefore has their creative intuition allowed them to compose the main part of „Music for Stockmarkets“ with its unforgivingly precise name „Wallstreet Requiem“. Today the whole civilised world is listening to this requiem the first cords of which were played on Wall Street itself. The „Music for Stockmarkets“ album with its radically experimental nature stands out in the extensive discography of this Moscow project. The 64-minute album includes 32 tracks divided into three conceptual parts: „Wallstreet Requiem“ (25 minutes, recorded in 2004-2007), „Trivial Pleasures“ (26 minutes, recorded in 2002, this part was the only one released as a seperate CD in 2003) and „Financial Glossary“ (13 minutes, recorded in 2003). The music material itself is nothing like the one heard in the previous records of Cyclotimia. There is no apocalyptic soundscapes of „Wasteland“ times, no cybernetic hi-tech and media madness of „E$chaton“, no cosmic downtempo of „Celestis: Space Ceremonial Music“… Minimalism, academic sterility, surgical accuracy and meditative ataraxy prevail on „Music for Stockmarkets“. Then again it is not the familiar „idm“, „glitch“, „noise“, „clicks and cuts“ and not „minimal techno“… The sound of the album is chrystal-clear and warm at the same time. „Vintage“ lovers have a wonderful chance to listen to the masterpieces of Soviet music production (such as Rhythm 1, Rhythm 2, Aelita, Formanta UDS, Formanta EMS-01, Polyvox) in pure sound, unprocessed by effects. And here is how the musicians, who have celebrated the 10th anniversary of their project, intoduce their new album: „Free market and global money movements shape the political and social reality of today, and thus, the people’s minds and the culture they create. Curiously enough, the English word „clerk“ derives from „clericus“, the Latin for „man of God“. This word was used to refer to the clergy in Mediaeval Europe. „Office“, apart from beign a key notion in today’s reality, also stems from Latin, where „officinum“ denoted „ceremony“, „ritual“. Today’s global money movements, sequences of 0s and 1s, virtually form a nonmaterial, spiritual substance – the Holy Spirit, presuming which, the stock exchange turns into a temple for the worship of the new religion, and the music presented on this album can be regarded as liturgical background for the sacred business procedures.“ (Zhelezobeton) ZHB-XVIII 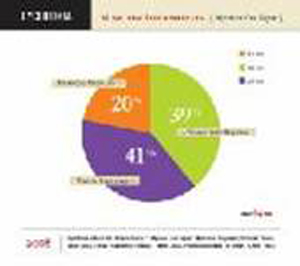