Oleg Puzan seems to have his hands full.
Not only does he frequently release under his solo alias through Cryo Chamber label, but also he has energy left to cooperate with other artists. From ritualistic dark ambient to minimalism, he has made himself a name in the scene and his creativity doesn’t seem to have an end.
About a year ago we saw the release of Dronny Darko’s collaboration „Black Monolith“ with Ajna on Reverse Alignment. This year we release another cooperative creation with Oleg Puzan; „Polar Sleep“ by Cryogenic Weekend. This entity is formed together with fellow compatriot Vitaly Lebukhorski (Oil Texture) and is a visit to the coldest regions of the world where widespread glaciars and the kingdom of snow rule. „Polar Sleep“ is an invitation to experience the sounds of a realm where ice never melts. 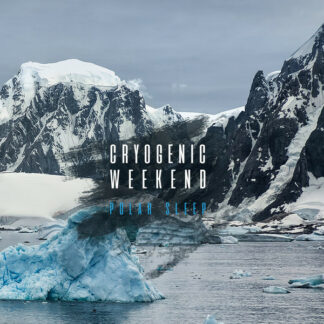