For the first time in twelve years existance, american VALENCE release an album in Germany. Valence ist he musical union of N2 Itinitl and Sasha Feline, well known for their works with GNOMONCLAST and LUFTWAFFE. Allogene ist Neofolk at it’s best. The instrumental basis of the rough songs is laid by drums, acoustic guitar, accordeon and a virtuos flute. Only now and then orchestral samples are being used to complete the overall impression. Although the influence of CURRENT 93 can not be denied, Valence have their own identity and remain fresh throughout the whole album. Along the rough charme of their initial neofolk roots, VALENCE fascinate by their powerful drumming which contrasts with the melancholic and fragile melodies. Especially the male vocals perfectly celebrate the nihilistic charachter of the music between sufferance and aggression, giving proof that neofolk arose from the ashes of the postpunk movement, while the female vocals emphasize the beauty of the moment. Allogene is a rough and unpolished diamond of original and passionate neofolk, based on it’s powerful arrangements and the balance of the obvious contradictions. This is the kind of neofolk that should appeal to people who like IN GOWAN RING or BIRCH BOOK as well as CURRENT 93. Lichterklang LK008 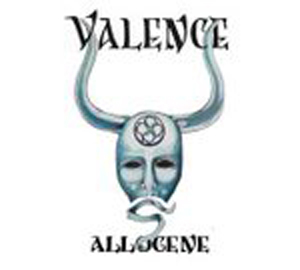