Tied in with Fourth Dimension Records’ night at Cafe OTO on October 19th comes this compilation in the form of a double-7″ featuring the four artists appearing on the night itself and a few others associated with the label. Essentially a mini-album’s worth of material represented by an exclusive track each by Alternative TV, Richard Youngs, Map 71, EXTNDDNTWRK (Andrew Fearn of Sleaford Mods’ solo endeavour), Kleistwahr, Sion Orgon and Theme. Only 350 have been pressed and no further editions will be made. Some copies were available to buy on the label night at OTO, but the remainder (beyond royalty copies given to each artist and those otherwise involved) are mostly direct order from Fourth Dimension Records. 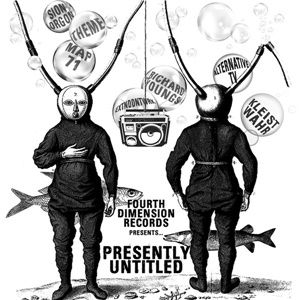