This is a re-mastered re-issue of Troum’s first album, published in October 1998 by Myotis Records (Belgium) in an edition of 500 copies. It was later re-issued on CD by Transgredient Records (TR-04) January 2007 in an edition of 1000 copies.
“Convallamarin” is so far unpublished track recorded June 1998 using basics from Conrad Schnitzler for a never realized remix album on Plate Lunch. “Navis” was recorded in February 1998 and only appeared on the “Behind the Iron Curtain” 2CD (Achtung Baby) so far. “Gebyrd” was recorded in October 1997 for a special occasion and is so far unreleased.
Regular edition limited to 150 copies. Released in an offset-printed monochrome paperbox which contains both records in a separate monochrome printed inner sleeves. 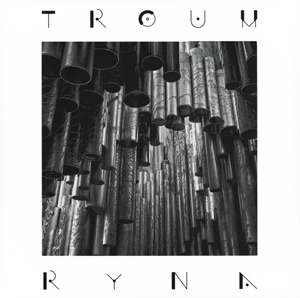