SOL INVICTUS – ONCE UPON A TIME – CD

With “Once Upon A Time” Sol Invictus pass through the door already opened with the vinyl single “Mr Cruel” last year and step into an alternate universe of Dark Folk, 1970s Prog Rock and Psychedelia. On his by now 18th album with his main band Tony Wakeford, the cynical godfather of Neofolk, is not only accompanied by old cohorts such as Caroline Jago, Lesley Malone, Éilish McCracken and Renée Rosen, but also receives prominent support courtesy of Agalloch-members Don Anderson (lead guitar) and Jason Walton (mix) as well as Anton Shelupanov (guest vocals and blues harp).
With the once more sharp-tongued lyrics and distinct Sol-Invictus-flair of “Once Upon A Time”, Tony Wakeford skilfully manages to clearly hark back to the group’s rich history. At the same time however, he incorporates new influences to add another dimension to his band’s cosmos, even almost 30 years after its inception. Thus, Sol Invictus still have something to say even nowadays, both in music and content – and “Once Upon A Time” shows that in an impressive manner.
Available editions:
– CD Digipak
– Gatefold LP (180g vinyl) incl. poster and PVC protection sleeve (500 copies)
ab066 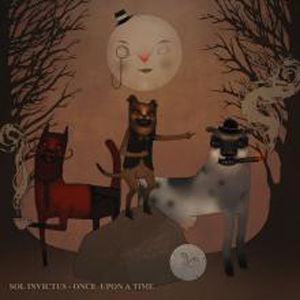