Tibetan “chöd” roughly means “being cut off”. That is also the title of the new piece of work of shamans from Moscow. Phurpa returns with a completely new material, without doubt, the best in their discography. It perfectly shows the strength of their music based on the “rgyud-skad” singing, meditation and the use of traditional instruments, often made of human bones.
Chöd is the practice of sacrificing the body. To actively participate in meditation we invite not only enlightened beings, but also the residents of the six realms of existence, including the essence of hell and all the spiritual “filth” there is, all possible demons. They just have to be the main beneficiaries of the sacrifice made, and the body of the meditator becomes their food. Traditionally, this practice was carried out in desolate and lonely places, and often even frightening – in the fields of cremation and burial grounds near the dismembered corpses and wild animals preying on them. The practitioners of chöd were called crazy yogis.
Over a 90-minute monolith in two scenes. The musical trans introducing listeners into the state of meditation. 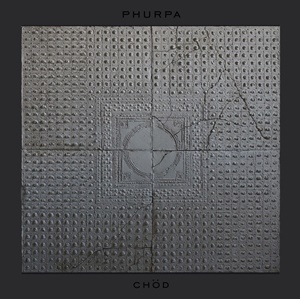