9 long years after the release of the seminal album “Horizons”, we are finally greeted to a new opus by Norway’s most unique craftsmen of cold, desolate and deep nordic ambient. Not only is this completely new material, crafted from recordings made from 2003 up until 2014, but we are offered about 1h20 min on a double CD! Constantly tapping into the singular northern landscapes of his native Norway for inspiration, Hærleif Langås transposes his views and feelings of the great white north into intricately deep and poignant soundscapes. Northaunt’s sound can best be described as landscapes transformed into aural emanations, enabling the listener to in turn be able to journey through those barren and foreign lands through the minds eye. Quoted from the linear notes is the idea behind this new album: “Once the world was alone, the landscapes had no names and there was no one to see them. An endless number of ice age dawns came and went unseen. The idea of this world, the world as it was before man, inspired me throughout the composition of these tracks. Roughly separated in two parts, one representing the light, the unburdened world before man, the other a much darker side of the same place.” Be prepared to embark on a journey to the world before the world, a journey you might not want to come back from..
incl. digital download code
2LP Edition of 300 copies in Gatefold Sleeve. Features 1 White and 1 Black vinyl. 8 Tracks. Running Time 1:19 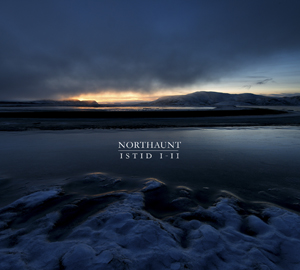