For his 25th CD as Nocturnal Emissions, Nigel Ayers has created a work that balances noise and vocal samples against a wild array of loops and rhythm tracks. It’s a tantalizingly spicy cocktail that sounds nothing like an out-of-control hip-hop dump truck being driven backwards through an octogenarian’s barn dance. “Collateral Salvage” is beat-oriented toe-tappin’ music constructed from hundreds of different samples of indie guitar-pop, interspersed with fragments of song and surreal speech. Strong bass lines run throughout, and the rhythms are a blend of funk and exotic eastern promise. Subtle tonalities, acoustic guitar flavors, swingin’ saxophones, flutes and horns are piled high over tabla and soaring vintage analogue synthesizers. Mbiras mix with driftwood marimbas, wicky-wicky guitars and pitch-shifted sitars in a swirling belly-dance dub sock-hop. “Collateral Salvage” was inspired by the sounds of modern Morocco. Late at night, lying in a bath, listening to the output of three different nightclubs, each with their own blend of local music mixed with international pop hits, all in a constant struggle for dominance, with water running in and out of the ears. The resourcefulness of human endeavor in the Third World and its contrast with the luxuries and carefree wastefulness of the developed world provided the foundation for the album. This is the music of resistance against the constant war being waged by the powerful elite in rich nations against the poor. When Bush says “you’re either with us or you’re against us” Ayers replies “There is no separation. Social divides are socially constructed. A forgotten branch of the avant-garde once suggested that art can direct thought along new lines and enable us to generate more positive patterns of social behavior.” 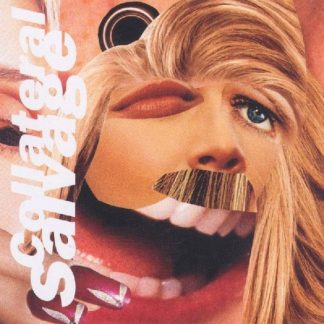