In the beginning, “Niemandsvater” was the result of a collaboration involving Markus Stäritz, Christoph Lotte and Niklas Schäpsmeier. Between 2009 and 2010, they created a cycle of interpretations for William Blake’s “Songs of Innocence and Experience” with the musical support of Torsten Jeschke and Magdalena Dieke. After that, Niklas Schäpsmeier and Christoph Lotte worked on own ideas for Blake’s “Europe a Prophecy” and set some works from H.P. Lovecraft’s Cthulhu myth to music. Finally, “Zeitenlos” was composed by Christoph Lotte and his wife Julia Hayn who also wrote the lyrics for the album and provided its artwork and cover design. Niklas Schäpsmeier and Sven Luhman also contributed to the creation of “Zeitenlos”. “Zeitenlos” is a reflection on the aesthetics of time, its transience and the inevitable fate of mankind while it reveals the love for a concept of an idealised human greatness that is considered to be lost. Myth-like, the album’s topics twine around timeless ideas in an ideal time and, thus, constitute a quest for the cultural and spiritual beauty of man. With minimalist approaches to classical music and inspired by the sonorous landscapes of the Greek and Roman antiquity, “Zeitenlos” unfolds a reverie transcending time in an unreal atmosphere. Piano, lyre, trumpet, percussions and subtle ambient effects accompany Christoph Lotte’s dominating vocals. Lichterklang LK009 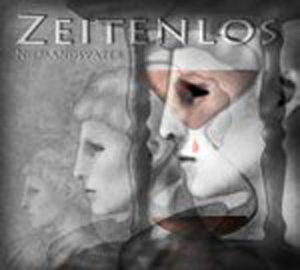