Active since 1979, Maurizio Bianchi is an Italian pioneer of noise and industrial music.
Untitled 1980 was originally released in 1980 on cassette in Japan. This release marks the first re-issue of this work and pairs it with a 2013 re-working of the original material into four entirely new compositions.
This work was created using only a single semi-modular, monophonic synthesizer or, as Maurizio says:
“Originally composed in October 1980 simply by using a synthesizer KORG MS20, but with so much imagination.Dedicated to technological sophistication. “ 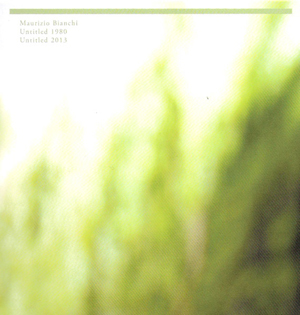