“Assemblage” is the fifth Rutger Zuydervelt’s album released on Zoharum (including his collaborative album with Dag Rosenqvist). The album, like the already sold-out album “Dubbeltjes”, is subtitled “Gathered Eccentrics” and collects rare Machinefabriek recordings from compilations, collaborative releases and the 3-inch EP “Nerf”. Among the recordings you can also find unreleased soundtracks for films and installations.
Why should you get this compilation? First of all, the artist shows the development in the period of 2010-2016. It is also a good collection introducing into the world of Rutger Zuydervelt’s music. A kind of “best of”, but without the most famous songs. The album contains 15 tracks and, what Rutger emphasized on the occasion of “Dubbeltjes”, short pieces with their limitations give way to experiment while creating a concise forms. 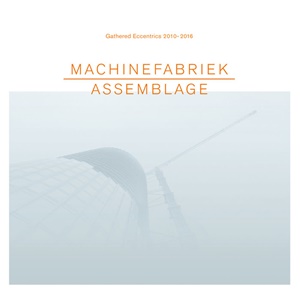