Liber Corvus -the Raven Book- is the new and occult edition by KAZERIA after the succesful “Discipline Of The Shadows” (SkullLine, 2008) and “Credo Nostrvm” (Twilight Records, 2010). Exploring a more dark/ritual ambient, contemplative, neoclassical and gothic side than previous works, this album was conceived as a rite of passage from dusk to the deep night in order to reach the Gnosis. The Crow guides the Neophyte through the Four Ways towards transmutation in the Midnight Sun, which is also the Morning Star. The concept was deeply inspired by the thelemic works of Frater Perdurabo (Aleister Crowley) the medieval mysticism, hermetic and alchemic symbolism and the heathen wisdom. The album contains four tracks plus two hidden tracks (the “Corvus Rituali” appendix), and a video-ritual directed by Diego Arandojo, in the Kenneth Anger occult-filmic style. Twilight Records TW1.99 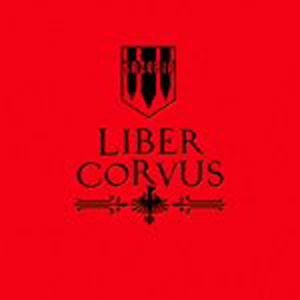