Job Karma is one of Klanggalerie’s favourite bands. Maciek Frett and Aureliusz Pisarzewski who also organize the Wroclaw Industrial Festival in Poland every November have created a unique sound that is live also accompanied by stunning visuals. Newson was the band’s second album released in 2001 and is long sold out. It is less rhythmic than more recent works and has instead a very haunting dark ambience with eerie sound effects. The 98 Mhz to Extinction CDR was released one year later in a micro edition of only 121 copies. Newly remastered we bring back the early days of this exceptional Ambient- Industrial group. gg181 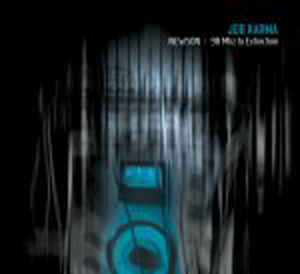