2CD in a limited edition of 500 copies w/ 4 panel digisleeve.
Part 1 recorded autumn 2014.
Part 2 recorded autumn 2014 – spring 2015.
Part 3 recorded winter – spring 2015.
“Erik Jarl is active as Jarl since autumn 1999 and member of postindistrial act IRM. He has released CDs on several different record labels through the years and describe his music as turbulent, withdrawn electronics. A mixture of ambient, industrial and drone.This new double CD consists of three long tracks, the longest Jarl has done so far.
Artwork and photography is done by the outstanding artist Karolina Urbaniak.
This recording is based upon Dyatlov Pass Incident which took place in northern Ural Mountains in Russia during winter 1959. It resulted in the deaths of nine ski-hikers and until today, although some sources claim they have the solution, the cause of the events remains an unsolved mystery.” 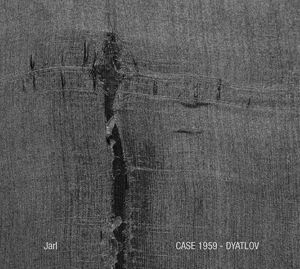