ISOMER – FACE TOWARD THE SUN – CD

Isomer’s third cd with Tesco takes a sharp turn toward more aggressive territory, with the raw industrial hinted at in previous outings getting a proper airing. The dark ambient textures for which he is known still feature, but Face Toward the Sun forges new stylistic ground for the project. From the throbbing electronics of the opening track, through power electronics, walls of noise, violent vocal deliveries and carefully structured dark ambience, this is a characteristically varied album. Never one to shy from a dirty old blending of styles, a nice little martial ditty even makes an appearance for the militant in all of us. Face Toward the Sun was assembled from improvisations, previously unused material and nights of MS-20 hard-ons, making a lusty, varied album of industrial music. Some of the tracks here has been already presented on the well received DVD Cold Meat Live in Australia, where Isomer delivered one of the most surprising gigs of the festival. The studio versions of the tracks here will appeal to listeners of martial industrial as well as to an industrial dark ambient audience. Presented in a double gatefold digipack with potent imagery, total running time: 58 min. This cd comes highly recommended. EAN: 4038846000768 (Tesco 076) TRACKLIST:

VISIT ISOMER ON MY SPACE: www.myspace.com/isomerslounge 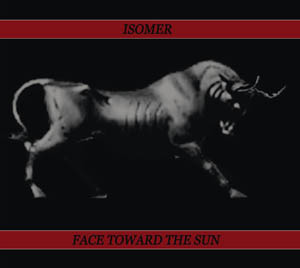