Though the project of Dutchman Peter Johan Nÿland, contributions from members of Trepaneringsritualen, Dead Neanderthals, Turia and veteran experimental vocalist Greetje Bijma, help Hadewych to function more as a collective as it amorphously shapeshifts and navigates through a broad swath of styles. And yet, Welving is so finely honed and skillfully crafted, that it works as a singular, whole, never losing a firm grasp on what remains at the core of its unique and dynamic sound. Still, it is nearly impossible to classify or define, utilizing a broad array of instrumentation, working in the monolithic, organic and the acoustic, and filtering it through a complex network of darkened, post-industrial, post-black, ritual hallucinations, and noir-ish Bohren And Der Club Of Gore deathjazz, with a steady stream of insistent bass, percussion, and spoken narrative to propel many of the tracks forward. Hadewych defines their music as black rituals channeling the ultra-grotesque, which is about an apt description as you’re going to find, and yet it’s that vagueness and ambiguity that manages to sum them up perfectly. One of the most unique and exceptional releases under the Malignant banner, and highly recommended for those unafraid to venture into realms unknown.

“Heavy with dark mysticism and creative bravery, Welving constructs an intricate web of industrial, dark jazz, black metal, and more besides – as if Coil, Bohren And Der Club Of Gore, and 666 International-era Dodheimsgard wrote a record together. Welving is one of the most captivating, refreshingly unique records I have encountered in some time; and also one of the most rewarding. This is the kind of record that, if you let it, could take over your life….Though it is early days, Welving feels like one of the best records that will be released this year – it’s certainly one of the most adventurous and creatively daring” 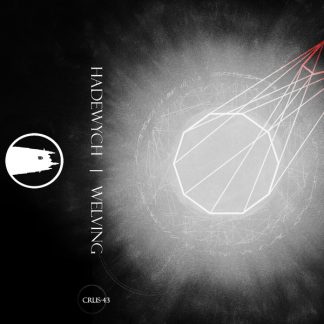