YEN POX – BETWEEN THE HORIZON AND THE ABYSS – 2LP

limited edition of 250 on yellow vinyl
Arriving on the scene in 1993 with their self-titled demo, Yen Pox immediately made their presence known with an ability to create monumental, light devouring soundscapes that transcended all that had come before it. Proceeding releases, including their debut CD, Blood Music, 2000’s New Dark Age, and the collaborative CD with Troum only solidified their standing and reputation. With Between the Horizon and the Abyss just being their first full length recording in over 15 years, Yen Pox will never be accused of being prolific. After all, with the two members spread out between Indiana and Washington State, creating new material doesn’t exactly lend itself to convenience. But on the rare occasion that recordings do arise, it’s nothing short of masterful, reminding listeners why they’ve achieved such notoriety with such a limited discography, and why their recordings are consistently recognized as benchmarks within the dark ambient genre. Time between releases has been well spent, with the new material taking the early template and expounding upon it greatly, adding layers of industrial churn and structure to the infernal kosmische sprawl they’re so adept at creating. And yet throughout its entirety, Between the Horizon and the Abyss is remarkably polished and fluid. Within its realm, no seconds feel wasted, and every sound feels purposefully placed, even as it moves and flows in perpetual motion; strains of a distant angelic choirs fall beneath a complex array of arcing tones, liquidous, molten textures, & harrowing orchestral shimmer, with fervent masses of malevolent atmospherics billowing forth in glorious detail. While this technically falls under the banner of dark ambient, what Yen Pox has managed to create goes far beyond genre specifications and boundaries, crafting a new benchmark and adding a high water mark to an already stellar discography.
Malignant Records – TumorLP85, Burning Inside Records – BURNINS02 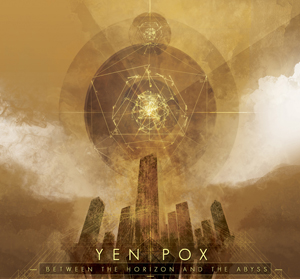