Petoviha is the latest Verde album, and includes numerous guests on percussion, French horn, viola de gamba (a 15th century bowed/fretted/string instrument), jouhikko (a traditional Finnish 2 or 3 stringed instrument), and other homemade Finnish traditional instruments. Put Petoviha in the Google translator and you’ll get „anger beast“, to which Mika adds „wild beast hatred“ and „carnivore hatred“. More specifically, the theme of the album is Mika’s commentary on Finnish hunters who dislike carnivorous wild animals, partly due to the competition between man and beast for deer and rabbits.In summary, Petoviha is one of the most challenging albums I’ve heard from Verde, and it’s the musical, electronic and sound sample combinations that kept me coming back for more. If you’re at all intrigued by what I’ve described, check this out. New treasures will be discovered on each repeated listen. Unter21 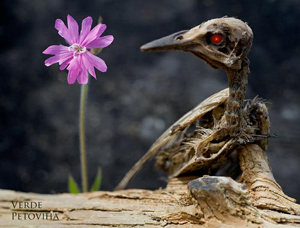