EAN code: 7350020545740 Founded on a prophecy about the downfall of humanity and the end of the world, the Norwegian industrial death metal band V:28 set out on a musical journey through a world in turmoil. Their three albums, NonAnthropogenic, SoulSaviour and VioLution released by Vendlus Records, constitute the Total Deconstruction trilogy, where the band dug far into the dark matter of the human mind in search for the ultimate apocalypse. The burning desire to explore new musical territories lead to a multitude of interesting collaborations and approaches within the extreme metal genre. As a result, V:28 has in many ways been a groundbreaking act in their field. The idea of doing a remix album was spawned at an early stage in the band’s existence. Carefully selected artists were invited to use V:28 source material to make their own interpretation of a chosen track. Not only does this release mark the end of the band, but it also showcases the experimental side of the band and much of what has been a great source of inspiration for the cinematic and apocalyptic sound of V:28. – The Total Reconstruction was born! With the founding member of V:28 being a huge fan of CMI and with many CMI acts covering the V:28 tracks in fantastic new versions there was no discussion which label would be more suited releasing this obscure sampler than Cold Meat Industry. tracklist: Nordvargr – Desert Generator Hell Beyond Sensory Experience – Pattern Of The Weak (remix) Megaptera – Infected By Life (rmx 33 rpm LP-version) Manes – Absolute Nothing (Manes redux) des Esseintes – To Be Detuned Lrz – Surrender To Oblivion (dark resonance mix) Thrawn Hellspawn – When Entropy Is Thwarted Shinjuku Thief/EPA – Solid Structure: Undone Desiderii Marginis – Dead Men’s Choir (remix) Origami Galaktika – Towards The Sun, Swansong (Zero Nothing remixed) V:28 featuring Coph Nia – All Lined Up (Swans cover) V:28 – One Last Breath (Bleak cover) Exclusive 6 pages digipak! 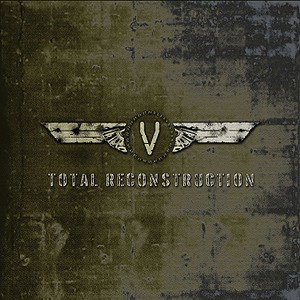