African music is as diverse as the topography of the land itself, and is said to be comprised of literally thousands of different styles of music. But many experts of regional music tend to separate African music into two distinct groups: North African Music, which is strongly Arabic and Islamic in nature, and Black African music, or that which is centralized in the Western, Central and Sub Saharan regions of Africa.

So many iconic Western musicians have incorporated African instrumentation, ideas and ideals into their music.And ultimately there is an almost infinite variety of music forms, most of which, on some level, have been produced as a result of African music, or influenced by it. Whether Western instruments have evolved from ancient African models, or whether we have adopted our knowledge in terms of rhythms and cross rhythms, various scalic patterns, and the basic evolution of melody and harmony, Western music undoubtedly owes an immeasurable debt of gratitude to the African peoples for their wisdom, insight and creativity.

During recent decades we’ve witnessed more and more of the inverse phenomenon, with African musicians absorbing styles and trends developed in Western countries, so that at last the circle has closed. Finally, then, we can embark on our „unexplained sounds“ journey into Mother Africa. 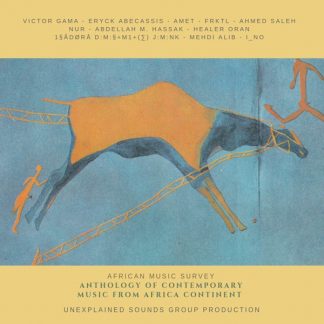