The 3rd offering from Norway’s Svartsinn could be acknowledged as the end of a trilogy, the first opus „Devouring Consciousness“ was an album containing stories made during what the artist explains as being some difficult and rough times. The second offering, „Of Darkness And Re-Creation“, was the process of trying to deal with these struggles and reflect on them. „Traces Of Nothingness“ is simply the reaction, result and the path ahead in this ongoing, seemingly endless darkness. A slightly more melodic, sad and obscure side of Svartsinn that still keeps the cold and dark atmosphere that defines his sound. 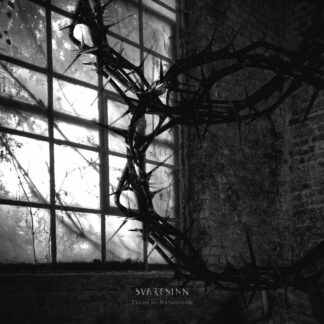