After being hidden in time for about 25 years this industrial milestone of the infamous 1st generation got renovated extended and digitally overworked by CaTV. Cathy Vogan – Media Artist & Designer has been three times nominated for Video Art Award and received ZKM (Karlsuhe) Production Award for her work! Check it out here: http://vogania.com/VOGANIA.html. A true statement and monument for the outstanding band S.P.K. who gathered together under so many names like: SoliPsiK, Selektiv Pornography Kontrol, Sozialistisches Patienten Kollektiv, System Planning Korporation just to name a few, and with this release a new name is created: „Schuldig an der Pervertierung der Kultur.“ Besides D.Guerin and CAT TV another member needs to be mentoined: K.OSMOSIS K. Osmosis is an active member of 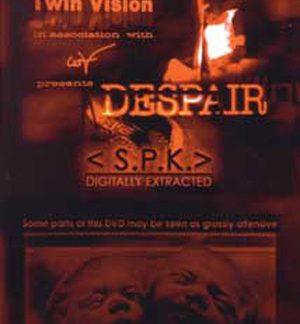