Recorded live at Nachtwerk in Cottbus (CB), Germany on 10/08/2002.
one of the few that came with the extra CR by VIROLOGIC

Arisen from the fields of white ashes and bathed in tears of the world’s genocidal slavery, Predominance started 1995 to drown in the ruins of an unconscious mind. The evolution of Gerd Zaunig’s project was mystified by the gleaming beauty of a silver ship and ended illuminated at the threshold to astral gates on nocturnal skies. This „Dark Stars Unfolding“ is an essential journey through the mind of the south saturn delta into the polar stargate. The circle of the four symbols is closed and the work of Predominance will remain in the ungained gorge of a swelling universe. After nearly 10 years of activity and with just three regular albums in this decade, Gerd Zaunig placed with Predominance one of the main pillars in the wide area of dark ambient music. The unique sound of Predominance combines dense and atmospherical sound-sculptures with symphonic structures, pulsating rhythms and visionary-majestic vocals. This double album now marks the final release of Predominance as the project ended in 2003. Divided into 2 parts, Disc One: ARCHIVUM contains selected tracks from the first tape (White Ashes), the first LP (Obliteration), various compilation tracks and unreleased material. Disc Two: LIVE collects high-quality live recordings from the whole period of activity and includes all the outstanding vocal tracks for what Predominance was especially known for. Comes in beautiful double digipak. 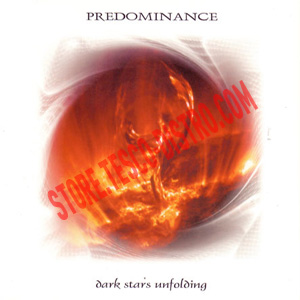