This release is a great opportunity to celebrate a few important matters. Well, this double-disc album has the number 200. This round number in the Zoharum catalog must have come to a special publication, which is without a doubt a 2 CD album ‘Isolate | Desolate | Mutate’ by MOAN appearing exactly twenty years after the first CD-R version of “Isolate” and “Desolate”, which form first CD of this release.

Second CD – “Mutate” consists of remixes by Amon, Job Karma, Genetic Transmission, C.H. District, Dead Factory, Another One, Blare For A, Synta[xe]rror, Moan and Maciek Szymczuk which were created between 2003 and 2006, and which, despite earlier plans, have never been published before.

In this way we get a complete album that closes certain important period of MOAN’s work, which also became the starting point for further activities of Rafał Sądej in the musical field.
The album is released in a strictly limited edition of 300 copies, in a 3 panel ecopack with a graphic design by Maciek Mutwil (Dead Factory). 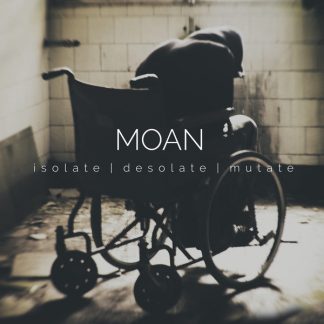