„Humanity” is the second album of Warsaw based producer Michał Jabłoński. This is also his debut for Zoharum and his first collaboration with vocalist – Hania „D I D” Piosik whose voice appears in two tracks.
Jabłoński has been writing „Humanity” on the turn of spring and summer of 2020 during lockdown, which he spent in the countryside. Widespread anxiety, a sense of impending doom and deep inspiration of post apocalyptic motives have pushed him to create an album that’s a mixture of ambient, experimental and film music fueled by strong percussive rhythms drowned in dense atmosphere giving us battalistic yet nostalgic feeling that perfectly captures this difficult moment in the history of mankind. This is a non-obvious journey into the depths of the universe seen through Jabłoński’s eyes, in which not all cards are revealed until the last seconds. 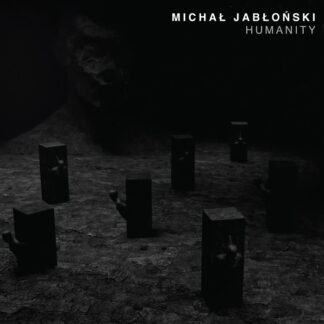