‚Valentina Tereshkova‘ is a record from Swedish musician Mats Erlandsson. Mats Erlandsson is an electronic composer and musician based in Stockholm, where he apart from his artistic activities works as a studio assistant at Elektronmusikstudion, EMS. A student of music since age 10, Erlandsson holds a masters degree in composition from the Royal College of Music in Stockholm. While mainly focused on solo electronic music he has also composed music for dance, chamber ensembles and work with live-electronics together with various collaborators.

On 16 June 1963, Valentina Tereshkova was the first woman to fly in space. She spent 2 days and 22 hours alone in space, manually operating the Soviet spacecraft Vostok 6. Erlandsson’s ‚Valentina Tereshkova‘ is a record made up of 5 pieces of electroacoustic music. It would be easy to argue that the Valentina of the Soviet space mission and the one of Erlandsson’s record are different characters all together, however there is a feeling of spatiality in Erlandsson’s music that one could speculate is not unlike that of being in a vessel like Vostok 6: a small room surrounded by infinite space, and maybe most importantly, a room that allows for just one person.
Erlandsson is a craftsman, a quality most keenly felt in the focused structure of his drone pieces. It is reflexive, heavy-hearted music that almost cynically dissects itself for the listener; the pieces themselves apologise for their melancholia with their compositional brilliance. A Stunning debut of a new strong voice in Scandinavian electronic music. 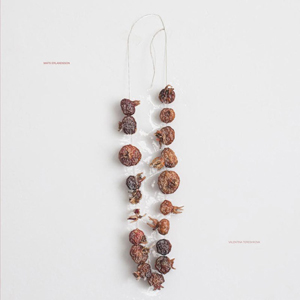