35 years ago, Le Syndicat began sculpting sounds affiliated with the second wave of Industrial / Bruitist music, though brutal, fierce, immediate and multifaceted in nature. Le Syndicat now begins a new chapter in its development with the debut of the duo Le Syndicat Faction Vivante. „We humans are only meat and bones, incomplete and definitive. Celestial vagrants, dangerous animals, devils locked in a barrel of flesh. We have to lift the lid! By the physical force of noise, great devourer of good consciences, we escape our box. The noise arises without delay outside the notion of choice. We just have to be stubborn enough to avoid self-censorship, this until complete depletion of the nothingness. We were with you, the breath of chaos was touching all of us. That’s the train which carries us all, a train that snakes like a whip. This is our goal, it might seem simple: playing with you within time and chaos. We rarely play more than one time a year. That was in 2016 and 2017. These kind of recordings are the best archives for us because we all were there. This is not just a live recording in stereo. These two actions have been recorded in multitrack, mixed, mastered in order to ensure the better rendering of the sound as perceived by the audience. Noise from the flesh, noise from the interaction between living people. Aussaat traces furrows in dark plastic, bury the new seeds in the fertile sludge. When the disc is finished, the silence that follows can be extreme“. Ltd x 300 copies. 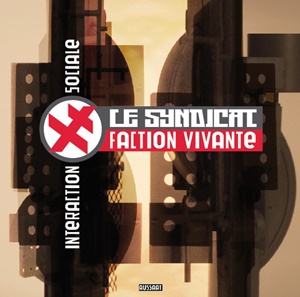