Knifeladder have been in existence in one form or another since 1998. Their sound is the culmination of years of experimentation and independent development. The resultant sound is a heavily percussive industrial organic hybrid, a new meshing of electronic loops, live bass and percussion and ethnic instrumentation to form a kind of Organic Industrial Music. Two years after the release of ‘The Spectacle’ (now sold out) Cold Meat Industry are pleased to present the latest work by Knifeladder; ‘Music/Concrete’. – a unique mix of hi tec and lo fi sounds, authorititive drums courtesy of the one and only John Murphy, and distorted obscure instruments, Knifeladder have again produced a work of great visceral power. With shuddering machine loops overlaid with frenetic metal percussion, power ambient soundscapes melting into epic defiant anthems, Music/Concrete uses traditional hand played electronics and instrumentation to realise a throroughly contemporary vision of rebirth and decay. Compared to such acts as Test Dept, Coil and Mother Destruction, Knifeladder have outgrown their reference points to create their own niche in the genre obsessed Industrial scene. The personnel include Jonh Murphy, percussionist and electronic pioneer with such acts as SPK, early Current 93 and credible pop act The Associates. Andrew Trail was founder of Autogeddon and performed in the controversial Ministry of Love, who broke up after being banned from performing in every live venue in Sydney. Hunter Barr was a founder member of the infamous Infant Skull Surgery and is a renowned recording engineer for his unconventional yet obsessively perfectionist approach. Knifeladder themselves have performed with such acts as Allerseen, Sieben, Naevus, Coil, Bad Sector and Neither/neither world. With over 100 live actions, they have mastered the live environment like few others. Play loud, play often, and find the joy that only laughing in the face of death can bring… cmi192 EAN CODE 7350020545924 – 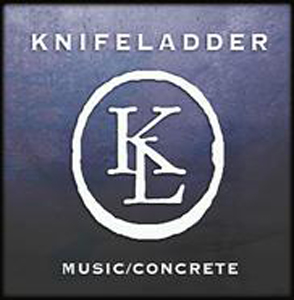