Der (halb) mechanische Derwisch‘ was a live performance given at the N.K. In Berlin in May 2010. ‚Es geht im Kreis herum‘, the incredible circling soundtrack for this live-ritual, is presented on one side of this record. „It goes in circles – as a record does! As a Dervish d oes! As life does! Rotating bliss!“ (Ignaz Horeb) Many, many, many readings of Friedrich Nietzsche’s writings are available. But THIS is the only one that comes to the point! And the only one Mr. Nietzsche would have accepted as a correct one!“Accurate, concise, precise & specific – the only words to describe this recording.“(Gustav-Ramon Ludig, Literature Now!) As usual for the high quality of 90% Wasser, the 34 recorded minutes are presented in FSS (Full-Stereo-Sound) on black vinyl in a limited edition of 199 copies including two inserts. The whole artwork is done (again) by Robert Schalinski of Column One. 90%WASSER.WVINYL 017 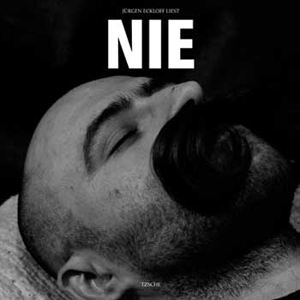