It’s a vinyl edition of the newest album from JARL titled “Hyperacusis” (limited to 100 copies only).
Erik Jarl hails from Sweden and is actively recording and releasing for over two decades now either solo or as a part of power electronics/industrial acts like IRM and Kaiten. On his fourth release for Zoharum titled “Hyperacusis”, Jarl gravitates towards drone void as he explores and sonically interprets this rare hearing disorder.
Album consists of 2 long (around 20 minutes each), trance inducing tracks that put you into sedative state. Drones, high frequency pulsations and oscillations work here as a intronautic vessel in which you descend into into the depths of subconscious and as much as we are aware that this is a bold statement the closest comparison that comes to mind is Coil’s Time Machines. Yes, we said it.
At first this appears to be a demanding piece of work but it’s utterly rewarding and eventually makes you wanna listen to it on and on and on… (to turn your mind off… to turn your mind off…)
Mastered by Natt
Artwork by Radosław Kamiński
LP edition of 100 copies pressed on 180g black wax 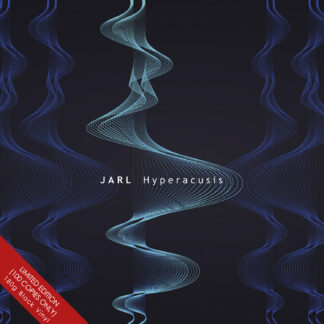