Mind Control was the 3rd official fullenght release of Genocide Organ released in 1995. At that time released in a vinyl edition of only 490 copies as Tesco 025, Mind Control features a lot well known GO classics in its studio versions. This release stands out in the bands history in its minimal appoach but also being the 1st “studio” recorded album. The track “Murder” was left out the original master due to its lenght and is featured here for the 1st time. 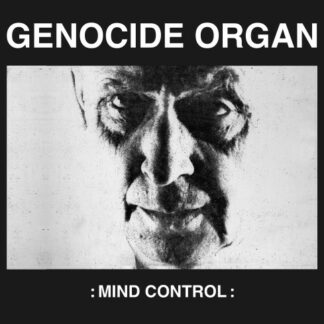