Since leaving :zoviet-france: in the late eighties Mark Spybey has released fifteen albums as Dead Voices On Air. He’s appeared on over 80 releases in the past twenty years. When the late Michael Karoli, the seminal guitarist, put together a band in the late nineties to celebrate the 30th anniversary of Can, it was Spybey who he asked to help him.. He has made a career out of collaborating extensively with a wide range of musicians, film- makers and visual artists. He was a member of Download and formed Beehatch with Phil Western of Download and Reformed Faction with ex-:zoviet-france: members, including Robin Storey of Rapoon. Between 1992 and 2000 he lived and worked in Vancouver, Canada and has toured extensively around the world with a variety of collaborators including Karoli and Damo Suzuki of Can, The Legendary Pink Dots, Pigface, Michael Rother of Neu! and Dieter Moebius of Cluster. He’s remixed Neu! and Faust amongst others. His has worked with labels such as Kranky, Nettwerk, Soleilmoon Recordings, Invisible, Spoon, Scratch, Cleopatra, Lens and for the 20th anniversary seven inch single series, Tourette Records of Houston Texas. Each of the singles in this series will feature a different collaborator, working with Spybey to create entirely new pieces of music. At the time of writing, artists that have agreed to take part include: * Simon Fisher Turner of Mute Records * James Plotkin, of Flux, Old, Khanate, Scorn * Troum, Germany’s finest drone band * Edward Kaspel, of the Legendary Pink Dots * cEvin Key, of Skinny Puppy and Download * Robert Hampson, of Main, Loop * Robin Storey of Rapoon * Jochen Arbeit, of Neubaten and Die Haut * Dave Wright of Not Breathing * Ryan Moore of Twilight Circus Dub Sound System * Orbit Service, from Denver, Colorado The sleeves are designed by David Babbitt with art commissioned by Paul Bilger. The final release will be housed in a commemorative box to house all of the singles. Tourette 025, 026, 027 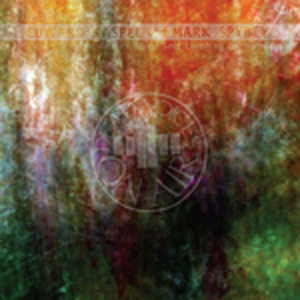