dp’s new album picks up where ‚rise‘ (2017) left off, politically charged, hyperreal and unremitting soundscapes containing harsh social and self-criticism clad in a sense of impending doom spiced with an energizing optimism and informed by faith in the humanimal.
a poignant reminder of humanity’s position on this planet, the tension on this album is expressed solely through sound and ‚lyrics‘ (as opposed to the extensive liner-notes that accompanied ‚rise‘), impliying a necessary shift from a rationalised perception of life to one of a sentient, a part of a whole, as suggested in dp’s ‚humanimalism‘ concept.
sound sources/instruments include voice, body sounds, field recordings, cello, violin, piano, electric bass, live performance recordings and dp’s organically growing bank of „hitting“ sounds culled from recordings of whips, punches, slaps, smacks, slamming doors & windows, hammered chairs and tables and objects flying about and breaking. a careful playfulness with rhythmical structures, as hinted at on ‚rise‘, is further pursued.
the artwork is developed by long-time dp collaborator @rcrectum using machine-learning algorithms to hallucinate insectian imagery based on original… more 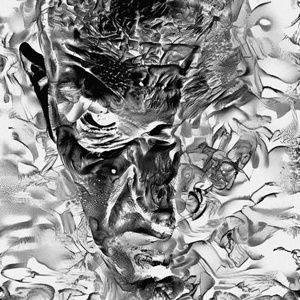