Bain Wolfkind’s, Wasteland, CD EP, will be released by Hau Ruck! in August 2007. This will be Bain Wolfkind’s fourth release on Hau Ruck! under this moniker. This release finds Bain Wolfkind treading a similar path to previous releases only this time much darker, autobiographical, tragic and southern than ever before! Purely a solo ‚back to basics‘ release, guitar, organ, tambourine, maracas, voice and nothin‘ much else. Think Leonard Cohen, Townes Van Zandt, Steve Young, Hank Williams and Michael Gira in a Mexican flophouse with a cheap guitar, a case of tequila and a tape machine. www.myspace.com/bainwolfkind 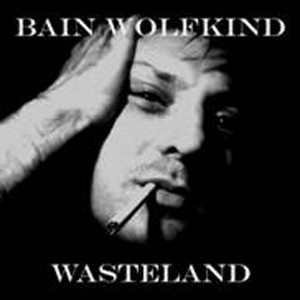