The word Laniakea means the immeasurable heaven: deep, spacious, dark and ostensibly emtpy but still full of energy, matter, structures and bright objects. The same words can be said about the sound on the new studio album by Atomine Elektrine. Further on, the ‚Laniakea‘ album is also characterized by molecular reactions, eroding particles, nuclear fractals, diffused lightwaves and multiversed orbits. Old fashioned modular analogue electronic synthesis combined with modern digital processing is the gravitational focal point on ‚Laniakea‘. The tracks havemainly sequencer driven narratives with ambient layers of both classic retro styled elements and advanced processed novel sounds.
The origin of the ‚Laniakea‘ album is based on two fundamental occurrences: The definition of the galaxy supercluster Laniakea in 2014 and the decease of the Tangerine Dream mastermind Edgar Froese in 2015. ‚Laniakea‘ is simply a homage to the vastness of space and a eulogy to the kosmische musik that appeared in the early 1970’s.
Three bonus tracks (sketches) are included on the CD version (duration 76 minutes) compared to the digital download album (duration 62 minutes). Comes in a 6-panel digipak sleeve with original art by Hypsis (hypsis.net).
Atomine Elektrine is a side project of Peter Andersson, most known from the dark ambient industrial project raison d’ętre, with thematical interest in the vast space but also in the smaller world of atoms. It is named after a nuclear power plant and is in part inspired by the electronic space music of the 70’s. Peter Andersson, let out his version of this musical direction in the beginning of 1992, and since then has been expressed on a number of albums, for instance ‚Archimetrical Universe‘ (1999), ‚Nebulous‘ (2007) and ‚The Deep Invisible‘ (2008).
Tracklist: 1) Centaurus 2) Abell 3521 3) Virgo 4) Hydra 5) Fornax
Cosmic expansion (CD only): 6) Achernar 7) Acamar) Zeta Normae
All music by Peter Andersson 2015.
K14-level mastering 2015.
WROTYCZ WRT 023 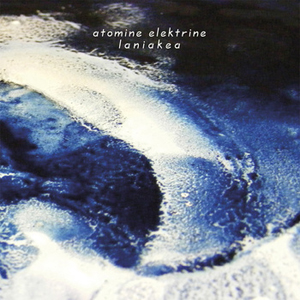