Two years after the well-received album ‚Conspicuous Unobstructed Path‘, which broke their silence after several years, 23 THREADS returns with the brand new material. Known for their style close to neofolk, the musicians have developed into different directions close to krautrock, avant or psychedelia known especially through American artists.
‚The Ornaments (The Ghost of Miranda)‘ is a mysterious tale enclosed in 9 parts, illustrated with music, and each one is a separate song that can exist independently of the whole. The latest 23 THREADS album will appeal to both those who like folk songs and those who look for some experimental music. Undoubtedly, those who have known the band so far will not be disappointed. 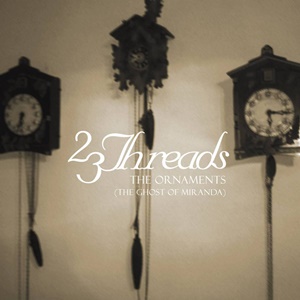