It’s Zenial’s first album in 6 years, and it shows his creativity in the context of live activity. It does not mean that ‚Connection Reset by Peer‘ is a live album as such. Yes, the source material for the record was recorded live during sonic experiments and creating sound installations over the past few years. The album is not a compilation though-it’s a well-weighed entity, thematically and sonically coherent. ‚Connection Reset by Peer‘ is a result of interferences of environment sounds based to a large extent on electricity, radio feedback, electromagnetic field sounds emitted by current generators and elements of the so-called field recordings. the ltd. edition contains an add. CDr, with more than 70 minutes of music. Together with the 1st disc it’s more than 120 minutes of electroacoustic sounds plus a 15-minute video 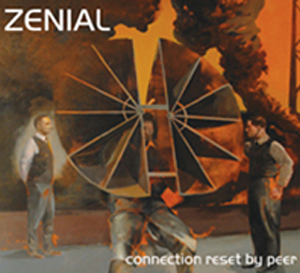