Track 4 is a reworked version of “O Bando Da Espada” executed by Knwyn.
Track 7, originally intended to be the first part of “Cart of Light”, has only been finished.
Tracks 3, 6, 8 and 9 conceived as a way of returning to the images and archetypal energies of the original recordings – the ritual fertilization of fields by ashes and blood, from teluric to solar rites.

Thanks to all individuals who have been supporting Wolfskin during these years, especially E. Oriana, Belmil, Nerunbrir, XIII, A. Guerra, Alex, Tyler, Paco, Markus and U-Sá.

This album is dedicated to the memory of those who most contributed to it – Julius Evola, Mercea Eliade and the ones who kept Keltik and Norse traditions alive, in actions and heart. 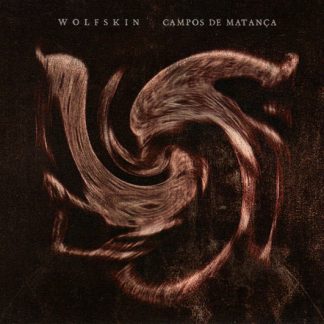