Grave robbing, torture, possessed nuns, and a satanic Sabbath: Benjamin Christensen’s legendary 1922 film uses a series of dramatic vignettes to explore the scientific hypothesis that the witches of the Middle Ages suffered the same hysteria as turn-of-the-century psychiatric patients. But the film itself is far from serious; instead it’s a witches’ brew of the scary, gross, and darkly humorous. In 1968, an abbreviated version of the film (77 minutes) was released. This version features an eclectic jazz score by Daniel Humair (played by a quintet including Jean-Luc Ponty on violin and Daniel Humair on percussion) and dramatic narration by William S. Burroughs. The artwork features great stills from the film. 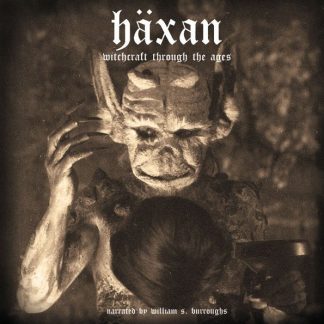