Modes réels collectifs », for the first time remastered and presented in vinyl and cd format, is the first work published in 1981 under the unique banner Vivenza, after he performed in the bands Glace(1976) and Mécanique Populaire (1979). It must be seen as a kind of genuine « Manifesto » that will then become emblematic of all his work. By suggesting to us, on a philosophical as well as sonorous point of view, an idea of opening to the real directly inspired from the futuristic theories, Vivenza was then presenting to us what he brought from his relatioship with the machines and with the sound of the factories, to make us penetrate the brutal concrete of the heavy industry world, that’s to say according to his « Modes réels collectifs » of existence. Vinyl Comes in nice deluxe and numbered Cover ltd. 575 copies This album, by virtue of its initial founder characteristic from 1981, shows this concern about participating to the interaction of the energy of the future, to the reciprocal mediation linked to the productive activity of the world. Like Vivenza will say: « By working and through the strengths of work, in the sonorous magma of the industrial society, at the heart of the forges and weirs, of the rolling mills and power stations, reactors and artificial intelligence, nature reveals its dynamic characteristic. The power of machines, and of industry in general, are the truth of the world. » Thus, industry and technique are what we could call the principle of any reality, because, like the futurists said accurately: « the machine is indeed the richest symbol of the mysterious human creator strength ». [1] 1. PRAMPOLINI, PANAGGI, PALADINI, Manifesto of Mechanical Art, 1923. (Rotorelief) ROTOR0023 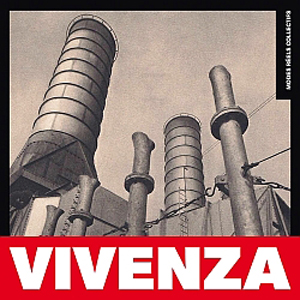