tracklisting:
a1. immaculate & incorporeal
a2. a black egg
a3. the 7th man
a4. all hail the black flame
a5. papist pretender
b1. deathward, to the womb
b2. veil the world
b3. judas goat
b4. he who is my mirror

it was in the fall of 2016 that trepaneringsritualen in the shape of
th.oth XIX graced the maschinenfest stage with one of their infamous
rituals. trepaneringsritualen has made quite a name for itself, with the
signature “dödsindustri” sound since 2008, an especially vile brew of
upfront electronic noise, feedback and agitating night-rhythms, fuelled
by eclectic references to all kinds of magick.

the set presented on “oberhausen ritual” is a concise representation of
their musical output so far, familiar tracks alternating with unheard
ones, all coalescing into an intoxicatingly vile stream of sound,
clocking in well under 40 minutes, yet leaving nothing to be desired.

it’s with the bleak abyss of “immaculate & incorporeal” that the
listener gets sucked into the otherworld that is trepaneringsritualen,
with th.oth XIX’s trademark vibrant, guttural vocals kicking in on “a
black egg”, and “the 7th man” offering the first appearance of the drums
of death. from there, it’s a constant buildup, with every track adding
more of the ritual’s raw, primordial force, culminating in the glorious
“he who is my mirror”. and it’s that grand finale which also best
exemplifies his crossover credibility with other extreme music scenes
(i.e. metal).

the success of trepaneringsritualen doesn’t simply come from producing
led-heavy death industrial, it comes from being unique and authentic.
originality and dedication, simplicity and a more than convincing
overall picture – to which this live document adds an important feature. 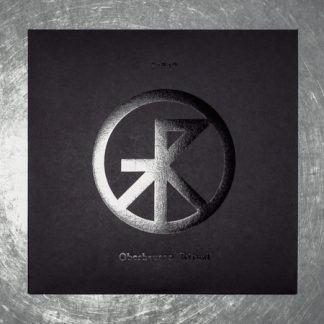