Hand-numbered edition of 199 copies
LEGENDARY PINK DOTS open-air live-section at “Parzkricht / Rotterdam” in 1983.
These recordings from the park have been floating around the World Wide Web for some time, but never as a complete show.
This offering fills in the gaps and completes the puzzle.
Tracks 1-3 are taken from the VPRO Radio recording of the show, while the rest was never broadcasted in full.
“They Don’t Horses..” did appear on a compilation cassette many years ago (Recloose Live Series Number 1), but this is almost impossible to find.
Sound quality has been worked on extensively – a big thank you to Raymond Steeg who did a great job on cutting out unwanted noises.
Great psychedelic experience, a full immersion in the golden PINK DOTS era!
TLPD line-up for those recordings was:
The Silverman
April White
Stret Majest Alarme
Roland Callaway
Edward Ka-Spel
Kastro KlingKlang 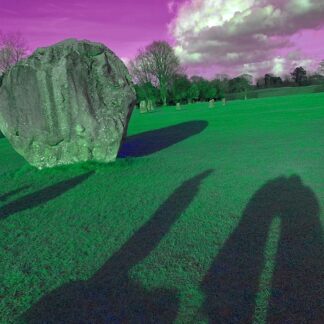