Definitive remastered reissue of the album originally released in 1991 by Staalplaat and Silent Records.

Packaged in a large card and glassine paper wallet with a 20 page booklet.
Copies ordered direct from the label included a Kill The King pin.

This is the first part of a trilogy consisting of Kill The King, Mastery Of Money and How To Reform Mankind.
2nd HAND
mn-/mn- 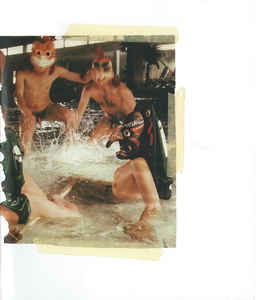