Packaged in a jewel case with a photo-illustrated, 8-panel folded insert that includes notes, credits, and quote by Marcel Duchamp.

„This recording is based on the suggestions (direct or indirect) made personally by many people, of whom the most important are: Annie Sprinkle/Anya, Willem De Ridder, Mr. Ronald, Michael von Hausswolff, Helena Åberg, Berglind Hafsteindóttir, Joseph Kramer, Beatrice Eggers, Marion Delforge, Jon Wozencroft, Ingrid Willemse, Leif Elggren, John Duncan, Mike Harding, Alisa/Gorta, Adi Newton, Teresa Castello, Steven Stapleton, Saskia Wolda, Genesis P-Orridge, and last but not least, an unknown woman in a VD clinic in Amsterdam. All other ideas fermented within the collective enchanted loom of the H3O. Back cover photograph of the neophyte his very self during the induction phase of this project by the man who failed to look like a lobster, Carl Abrahamsson. Front cover photo by the Goddess of the photographic arts (and who knows what else?) Annika Söderholm. Other photos by Qvé Thet (for it is he). Hafler Trio Logo by Mark O. Sleeve grounding: Suitcase Studios (falling roof devision). Design by Jon Wozencroft (art?work). Thanks are due to all those whose reality tunnels have meshed with ours, and below it all, 100% support in all things and all ways. To those who will never hear this — „my house has many rooms“.
1992
2nd Hand
nm-/nm- 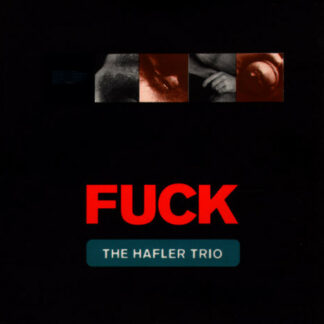