Comes incl. digital download code
SZNUR came into unlife at the beginning of 2017, built on the remains of harsh noise act TRAUMA UNIT which was active since 2010, coming from Lodz / center of Poland.
Starting as a mix of power electronics and harsh noise sounds SZNUR made its proper life debut during Zasavje Noisefest International, bringing a short but powerful set, sharing the stage with acts like KE/HIL, Satori, Dave Phillips, Svartvit and others.

2019 started with local performances and followed with a small tour of Lithuania / Poland / Czech Republic with STRESS ORPHAN, who came for these events exclusively from NY / USA. During the 2019’s summer SZNUR also performed on HRADBY SAMOTY and BRUTAL ASSAULT FESTIVAL, pulverizing the audience of KAL stage, along Prurient, FINAL, JUDE, Teorema and others.
Throughout the last years the live performance has evolved in various ways, finally taking the shape of a death industrial / power electronics monolith captured live in January 2020 in Soyuz Studio in the band’s hometown of Łódź.
Afterwards it received mix and mastering treatment courtesy of Eric Trude (STRESS ORPHAN) in May 2020.

Decaying synths, amplified distorted electronics, haunting samples, ear piercing feedback and disturbing vocals – NEAR DEATH ELECTRONICS. This is SZNUR, a surprisingly fresh and not used up band. not trapped in too many clichees. a band that still has a process of development ahead of which we can look foward to.  Finally a new band-premiere on Tesco!
TRACKLIST
no titles
Side A: 13:06
Side B: 14:06 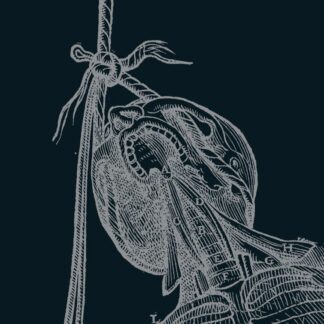