SECOND EDITION!
The album is available on CD, vinyl+CD Set and as download. The CD is housed in a stylish spot varnished & debossed six-panel Digipak pack including a sixteen-pages booklet. The LP+CD version comes in an altered design and printed inner sleeve. SONNE HAGAL are back. And how! We are honoured to announce Sonne Hagal’s new, long awaited album „OCKERWASSER – A Symphony of Sorrowful songs.“ There is every indication that OCKERWASSER will be considered Sonne Hagal’s masterwork. For six years, after releasing their widely acclaimed album Jordansfrost (2008), Sonne Hagal retreated into themselves, concentrating on realising their visions for that which was to become OCKERWASSER. While there were compilation appearances, a collaboration with FIRE + ICE, and a number of live performances, the majority of their artistic efforts were devoted to OCKERWASSER. OCKERWASSER is the quintessence of what makes music good music. OCKERWASSER is characterised by daedal music compositions, interwoven melodies, and enchanting harmonies. There is a kind of dance between folk, jazz, and experimental music, creating sonic dreamscapes that beckon spirits. Soundscapes that open a wideness inside you to let in (and out!) your dreams, your fears and all the spirits that like to cross the border between consciousness and subconsciousness. OCKERWASSER is founded upon Sonne Hagal’s unmistakable acoustic guitar, and is enhanced with violin, trumpet, percussion, bass, and intelligently placed electronics. Rhythms shape-shift between the delicate and doomful, beginning from the first track on the album, „The Shapes of Things to Come,“ which presents both the Etherworld and the Netherworld, ever reminding us of the ancient, unspoken axiom: „As above, so below.“ Music, directly from the ether in search for the essence of life. From there you may follow SONNE HAGAL into deeper realms of sleep, into subconsciousness, and „Silence“ begets the dreamless fields of „Black Spring,“ and beyond. With each and every listening, we emerge transfigured from OCKERWASSER as from a journey. The lyrics of OCKERWASSER are simultaneously prophetic, Hermetic, all-encompassing and yet profoundly personal. With Sonne Hagal we are invited to exploring our dreams, our consciousness, our very existence, and the nature of human psyche. OCKERWASSER transforms universes into dreams, dreams into words, words into ideas. For six years Sonne Hagal has worked to create an expression of these ideas, and the results are overwhelming. With OCKERWASSER Sonne Hagal has achieved the finest expression of their artistic voice through their inimitable vocals. It is a collective voice that wrenches beauty and sadness, tragedy and hope, bitterness and strength. This is the voice that is not only a voice but an instrument, a medium, a vehicle. The voice of Sonne Hagal is both singular and collective, and the voices in our head join a choir of the inner self; a choir of the unknown; a choir of lost dreams and new fantasies. On OCKERWASSER, Sonne Hagal has engaged guest appearances from an international array of artists, including such artists as Kim Larsen (Of the Wand and the Moon), Ericah Hagle (Unto Ashes), Leithana (Ordo Equitum Solis), Bo Rande, Matthias Krause (Vurgart). Ultimately, OCKERWASSER is unmistakable Sonne Hagal, rendering their own unique vision of music which transcends any genre. For years we have been longing for a new full-length album by Sonne Hagal; suffice is to say that OCKERWASSER is Sonne Hagal’s masterwork that we never allowed ourselves to hope for. TRACKLIST: 1. The Shapes Of Things To Come 05:02 2. Morpheus 05:19 3. Of Dissembling Words 04:43 4. After The Rain 03:30 5. Black Spring 05:51 6. Thyme 05:10 7. Silence 03:57 8. Gold 04:51 9. Devon 04:25 10. Mediocrity In Love Rejected 03:36 11.Assassins 04:56 EAN CD: 4038846810145/LUFTSCHUTZ 14 EAN LP: 4038846812149/LUFTSCHUTZ 14.2 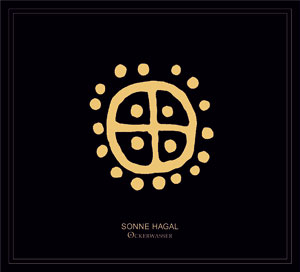