PART 3 OF THE TRILOGY „DIE AESTHETIK DER HERRSCHAFTSFREIHEIT“. „Art holds a unity that history does not” – it is not without good reason that this slogan is preposed to the third part of the trilogy. Art should not be confused with reality (Brecht) and thus ROME preserve the necessary critical distance from the subject without sinking into formlessness. At the same time they succeed equally in illustrating the warm-heartedness of their protagonists and demonstrating the unity of art and the struggle for freedom. From Plato to Nietzsche or Marx, all innovators mistrusted art, even though it is inseparably connected to revolt, because artists also want to create the world anew. AUFGABE formulates the possibility of a higher set of ethics beyond the current economic system; ethics, whose fundamental principles are those of generosity and universal freedom. It is the appeal for the cultivation of life-affirming, moral and life-enhancing, aesthetic values. To turn one’s own life into a work of art, to give yourself to this work: that is the desired stance. As Conrad expressed it: the objective of the artist is to see that justice is done to the invisible universe. This is exactly what Jerome Reuter has done here. „The way everything is at the moment, I say, for the intellectual and cultured person to haughtily look down upon the social and the socio-political realms is an erroneous approach which is contrary to life. The political and the social are part of the human.” – Thomas Mann 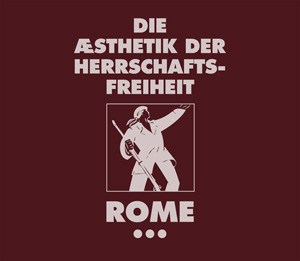