Pavel Richter gained the reputation as an extraordinary talented creative guitarist already in 70’s, while playing in Czech progressive rock bands Elektrobus and ©vehlík. In the middle of 80’s he started to discover new horizons and concentrated on a calm music full of subtle sound structures. One of the highlights from that creative period is the album called „Smetana“ („Cream“ in English), recorded mostly during the Spring of 1990 on a 4-track cassette recorder Tascam Porta II, then mixed and edited on Akai reel-to-reel stereo tape deck. The basic of this album, which became a milestone in the evolution of Czech ambient music, is Richter Band’s fusion of Richter’s gentle electric guitar with the unique instrument called Fidlerofon. This melodic percussive instrument made of pots (with the character of sound close to Gamelan or Tibetan bowls) was invented by Czech experimental musician Lubo¹ Fidler. Fidlerofon is played on by Pavel Richter’s band mates ©tìpán Peèírka and Jaroslav Koøán here. This album „Smetana“ was until now released only on the cassette in 1991. Remastered version from the original tape is out on CD for the first time, as a limited edition of 1000 copies. (please note that booklet and the cover include texts only in czech language). NEXTERA (ERA 2055-2) 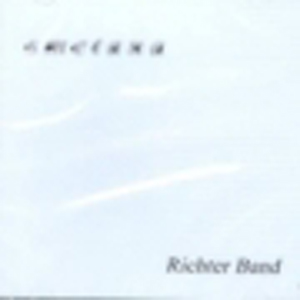